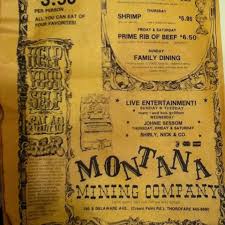 Who remembers the Montana Mining Company in West Deptford? It was located at 530 Crown Point Rd and was in existence from approximately 1974-1980. Montana Mining was formerly known as The GridIron and even before that, it was Sweeney’s Black Cat. “Scotty” was a favorite bartender of many patrons.

Cindy Brown Wilson Montana Mining was formerly the GridIron and before that, it was Sweeney’s Black Cat at the corner of Crown Point Road (rt 44) and Delaware Street in Thorofare. My father-in-law spent many an evening at the Black Cat back in the 60’s! Everything was torn down and replaced by the strip mall… now occupied by Amazing Wok, Vinny’s Pizza, In a Pickle…

Jay Gentile: The year(s) was around 1974 or so…. The Original Bar was purchased by Bill Lucas and Bill Dalton from Pitman and Glassboro. It was a free-standing building/bar called “The Gridiron.” When the 2 Bills bought it, they called it “The Montana Mining Co.” My Father, Nick Gentile, was a contractor. I worked for him 1 summer and we put a rough cut pine exterior on the outside of it to look like an old “mine.”

Lynn Spin Just talking about this place with my sisters. It was a stand-alone building. I remember going there late 70’s early 80’s …. Country & western with a mechanical bull.. I’d love to see pics!

Jim Stewart Before that, it was the Gridiron….great place in the mid-70s. Remember the bartender named Scotty.

Jay Gentile I was in Shirley, Nick and Co. We were the house band for years! 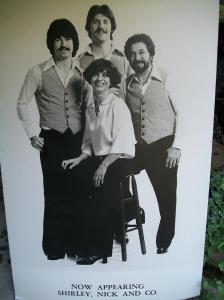 We're in need of photos and your memories of the Dutch Inn in Gibbstown, NJ. Please contact us on our Facebook page if you have any info on the Dutch Inn.